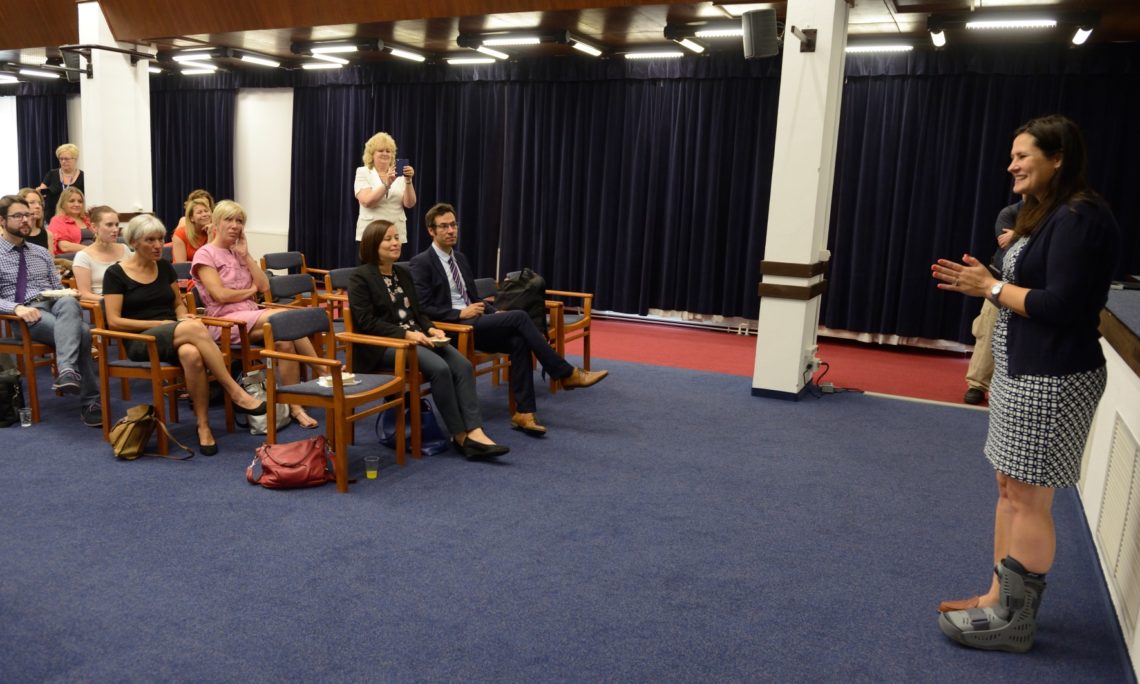 On June 27, the Women’s Networking Salon and the International Law Enforcement Academy (ILEA) teamed up again and welcomed U.S. Department of State Visiting Speaker Jessica Rannow, Project Manager at the global pharmaceutical company AmerisourceBergen and current President of the U.S. Society of Women Engineers. Jessica has pursued an impressive career as an engineer, and was named one of Business Insider’s Most Powerful Women Engineers of 2016. She reflected on the opportunities and challenges for women in science, technology, engineering and mathematics (STEM) careers, and encouraged women to achieve their full potential as engineers and leaders. The discussion was followed by a screening of “Hidden Figures,” the Academy Award-nominated biographical drama about a team of female African-American mathematicians serving a crucial role at NASA during the early years of the U.S. space program, and one of Jessica’s favorite movies. Jessica also participated in an International Visegrad Fund V4 STEM Camp 4 Girls this week.