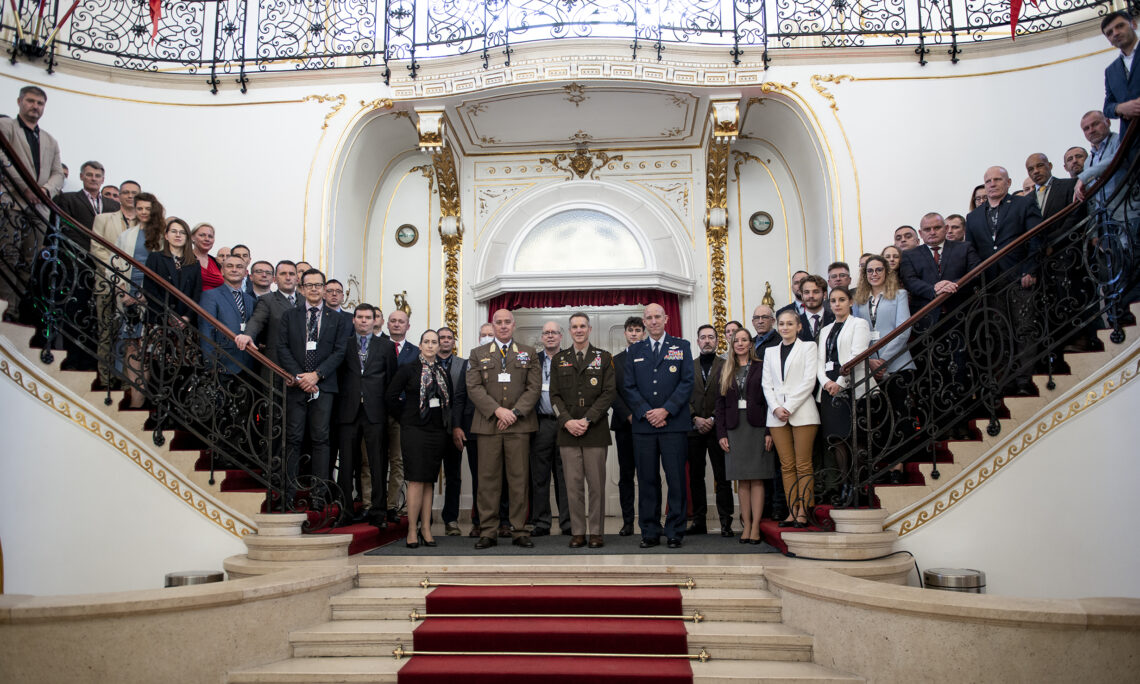 Clarke met with U.S. Embassy Budapest leadership, along with Hungary’s senior military leadership. He also met with senior civilian and military leaders from several other countries in the region. Clarke also delivered remarks at the Hungarian Ministry of Defense-led Resiliency Conference.

“I want to thank Defence Minister Tibor Benkő and Defence Chief Lt. Gen. Romulusz Ruszin-Szendi for their hospitality and providing an opportunity for the various military leaders to connect today,” Clarke said. “The teamwork we build with our partners helps us continue to address mutual security concerns and increase interoperability. This year we mark the hundredth anniversary of diplomatic relations between the U.S. and Hungary, and our military and security cooperation is an important part of that relationship.  Hungary’s role as a NATO ally is deeply appreciated and helps ensure continued freedom across Europe for the continent’s more than 446 million residents.”

Clarke’s visit underscores the U.S. government’s commitment to the military and security relationship in Hungary. In April 2019, the U.S. and Hungary signed a Defense Cooperation Agreement in Washington, D.C. The DCA modernized our previous status of forces agreement to reflect new realities in defense. That agreement represents another positive step forward in the journey that the Hungarian people began more than thirty years ago, when they embraced liberty, and more than twenty years ago, when Hungary with overwhelming public support joined NATO. As we sign the implementing agreements further detailing our cooperation, we continue to train, exercise, and collaborate as Allies and partners.