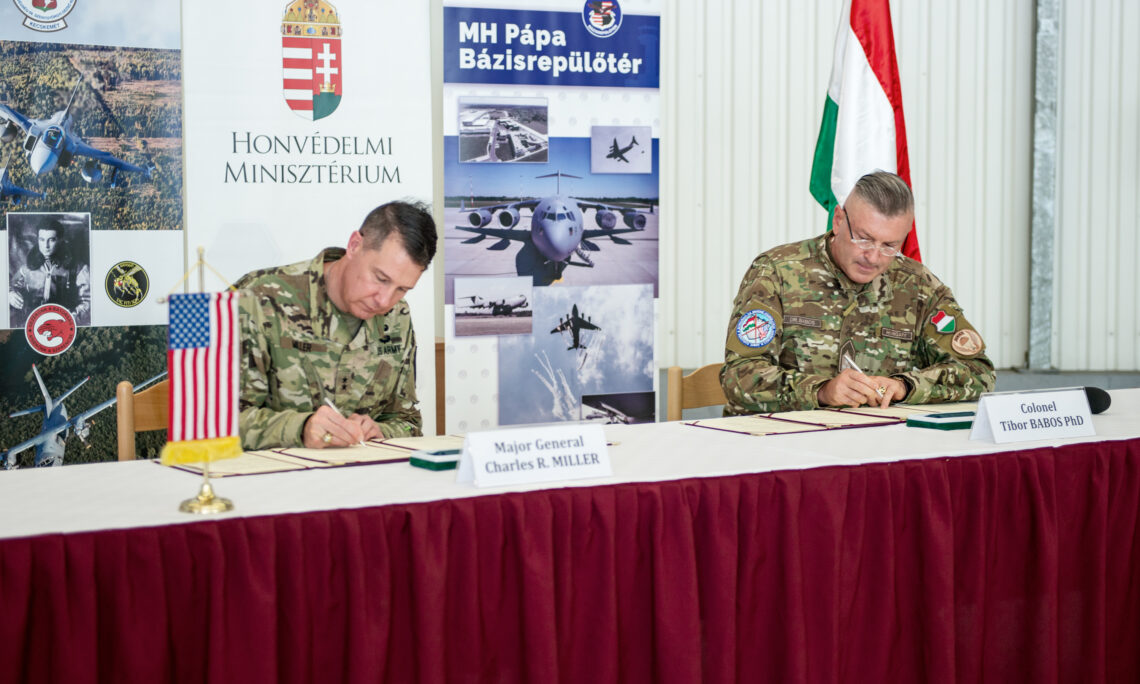 “These agreements allow U.S. forces to access and utilize these air bases in cooperation with the Hungarian Defence Force,” said U.S. Army Maj. Gen. Charles Miller, USEUCOM’s director of plans, policy, strategy and capabilities. “This signing brings with it new opportunities for even greater collaboration and coordination with our Hungarian Allies.”

The agreements are an important step to fully implementing the Defense Cooperation Agreement between the U.S. and Hungary signed in 2019, which modernizes the previous status of forces agreement to reflect new realities in defense.

This year we commemorate the 100th anniversary of diplomatic relations between the U.S. and Hungary, and celebrate the enduring bonds between our two countries.