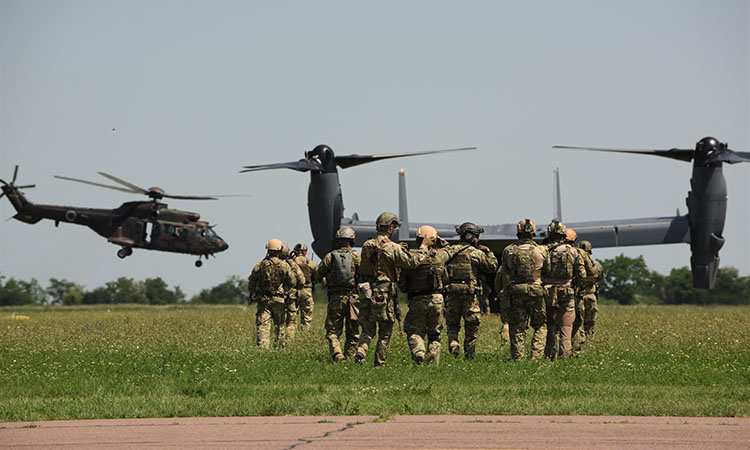 U.S., Hungarian SOF train together in another NATO bi-lateral engagement

“U.S. Air Force CV-22s and aircrew will be training with Hungarian forces over the next few weeks,” said U.S. Air Force Colonel Clay Freeman, commander of the 352d Special Operations Wing, based at RAF Mildenhall, United Kingdom. “Hungarian and U.S. forces are training together to improve our interoperability, and further discuss mutual interests from previous engagements like Trojan Footprint, such as the Special Operations Air Tasking Unit development and best practices for pilots.”