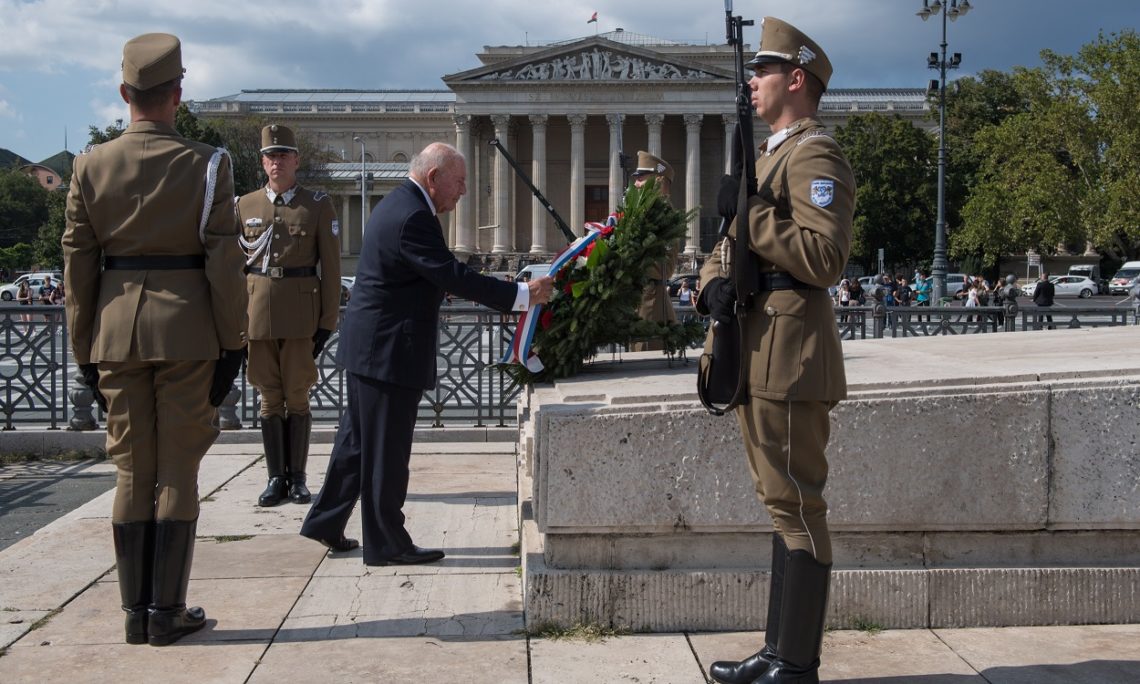 As customary diplomatic protocol in Hungary, new Embassy Chiefs of Mission place a wreath on the Tomb of the Unknown Soldier in Budapest’s Heroes’ Square.  On September 5, Ambassador David B. Cornstein was honored to place a memorial wreath on the Tomb in the name of the people of the United States of America.  Several Embassy officers accompanied the Ambassador at the solemn event.