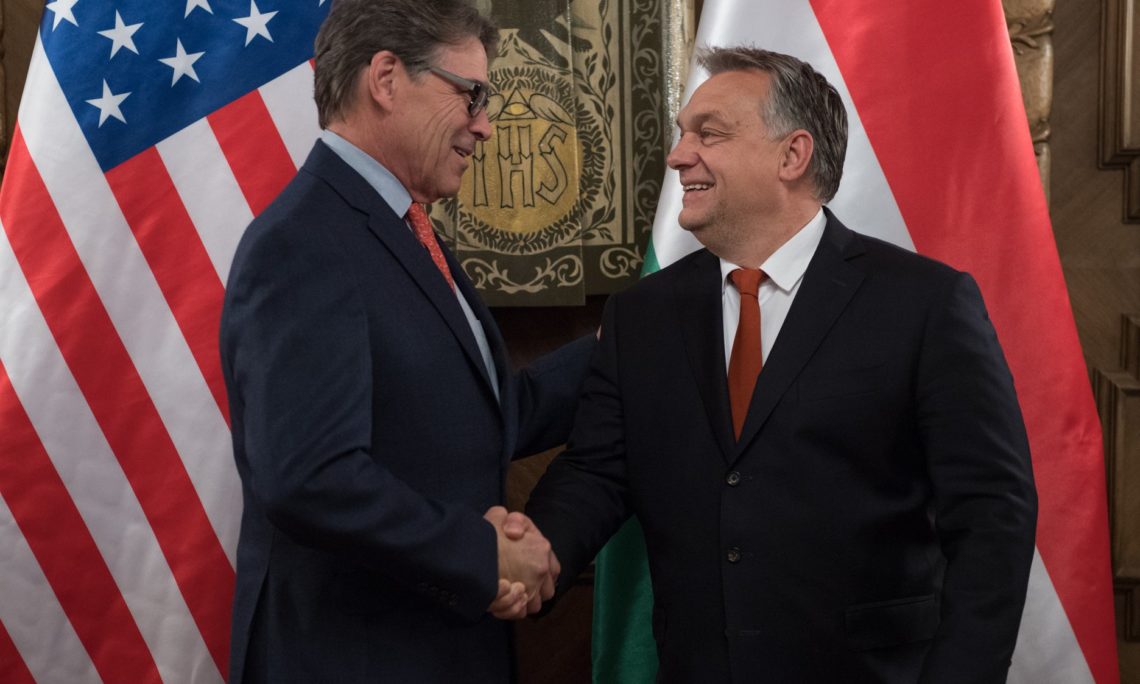 Ambassador David B. Cornstein welcomed Secretary of Energy Rick Perry to Budapest this week. During his visit, Secretary Perry met with Prime Minister Viktor Orbán and Foreign Minister Péter Szijjártó and discussed multiple topics, including the importance of Central Europe diversifying its energy import sources to avoid overreliance on any single country. Secretary Perry also emphasized the United States’ opposition to both the Nord Stream II and the multi-line Turkish Stream natural gas pipelines – both of which would extend and deepen Russia’s energy dominance in the region – and the desire to continue to strengthen the U.S.-Hungary relationship.