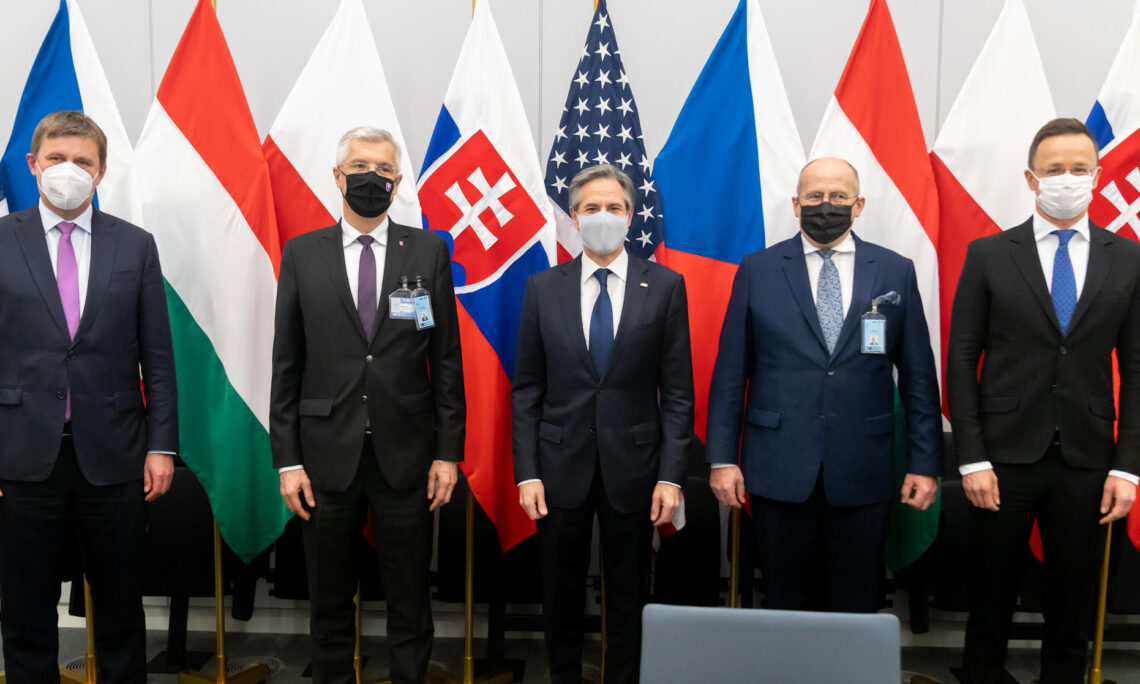 The below is attributable to Spokesperson Ned Price:

Secretary of State Antony J. Blinken met today in Brussels with his counterparts from the Czech Republic, Hungary, Poland, and Slovakia, which constitute the Visegrád Group (V4).  As NATO Allies and EU Member States, the V4 countries play an important role in strengthening Central Europe and the Transatlantic Alliance. Secretary Blinken emphasized the importance of NATO for our collective security, including its adaptation through the NATO 2030 initiative to address new threats and challenges, including from a more assertive and aggressive Russia and China. The Secretary underscored the Transatlantic values that form the foundation of the NATO Alliance and congratulated the V4 on 30 years of partnership since its establishment. The Secretary noted his appreciation for the V4’s leadership in addressing European energy security and economic recovery.