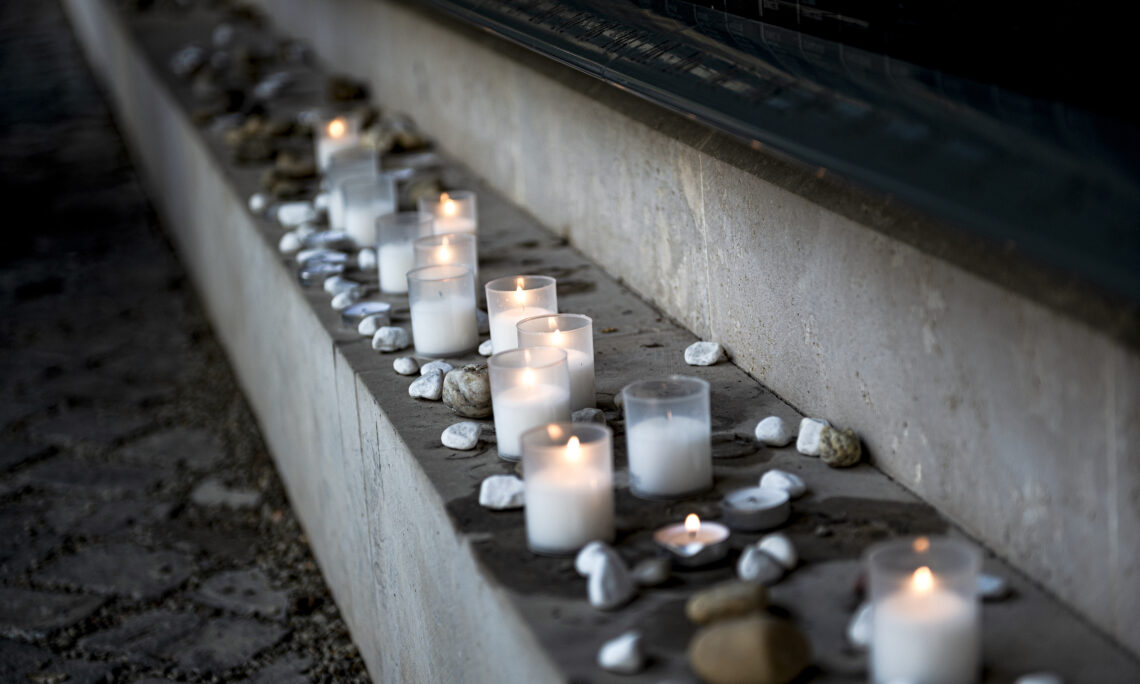 On #HolocaustRemembranceDay, we honor innocent Jewish and other lives lost. We honor, too, Holocaust survivors; those who saw true evil, and whose lives were unalterably shaped by it. We must always speak up against antisemitism and hate against any and all groups.

77 years after the end of World War II it is still imperative that we reflect on the historical facts of the Holocaust so that we can honor the victims and their descendants and help ensure it can never happen again.  Six million Jews and millions more people – including Roma and Sinti, Slavs, persons with disabilities, LGBTQ individuals – had been killed by the Nazis and their collaborators.

January 27 marks International Holocaust Remembrance Day (IHRD), the anniversary of the 1945 liberation of the Auschwitz-Birkenau concentration camp, the largest of the German Nazi concentration camps and extermination centers, where over 1.1 million men, women and children lost their lives.

“It is the responsibility of every one of us to reject hate, intolerance and anti-Semitism, and to remember those who perished and those who survived in order to prevent such atrocities from happening again.”

The Liberation of the Budapest Ghetto

One of the most well-known memorials in Budapest is the Shoes on the Danube. It stands as a heartbreaking reminder of the 20,000 Jews who were taken from the Budapest ghetto by the Arrow Cross, shot along the banks of the Danube, and thrown into the river during the winter of 1944-45. On January 17, 2022, Chargé d’Affaires Margaret MacCallum joined members of the Hungarian Jewish community at this memorial to commemorate the 77th anniversary of the liberation of the Budapest Ghetto.

Raoul Wallenberg, Swedish diplomat has many memorials around Budapest. The Swedish Foreign Ministry, with the support of the World Jewish Congress and the American War Refugee Board, sent Wallenberg to Budapest in July 1944 to help protect the 200,000 Jews who remained in the capital. His courageous rescue efforts saved thousands of Hungarian Jews from the Holocaust. He was abducted in January 1945 by the Soviets and his fate remains unknown.  The United States awarded Wallenberg honorary U.S. citizenship in 1981 and he was also posthumously awarded the Congressional Gold Medal in 2014.

On January 17, Chargé d’Affaires Margaret MacCallum attended a ceremony commemorating Wallenberg on Raoul Wallenberg street in Budapest’s district 13, organized by the Embassy of Sweden and the Raoul Wallenberg Association.

Memorial Day of Hungarian Victims of the Holocaust

On the April 16, the Memorial Day of Hungarian Victims of the Holocaust, we celebrated the lives of Hungarian Holocaust survivors, including Dr. Edith Eger, Hungarian-American psychologist, whose books are bestsellers worldwide. Her book, The Choice, left a big impression on our Acting Deputy Chief of Mission, Margaret MacCallum. She was particularly inspired by this quote: “You can live to avenge the past, or you can live to enrich the present. You can live in the prison of the past, or you can let the past be the springboard that helps you reach the life you want now.”

Holocaust education and remembrance gives us an opportunity to reflect on the lessons of history and our shared responsibility to counter Holocaust distortion and seek justice for the survivors and their families.

On January 26, 2022 the Cultural Affairs team of our embassy, led by Cultural Attaché Shawn Kobb, was hosted at Blathy Vocational High School by Peter Sandor, U.S. exchange alumnus of the Powell Holocaust Center for Humanity’s Summer Program, who teaches at the school.

On the Occasion of International Holocaust Remembrance Day the Cultural Attaché explained to students why the United States considers it vital that youth understand the real importance of the Holocaust, and why Holocaust distortion is a worrying phenomenon around the world today.

Students then watched the “Holocaust Distortion: A Growing Threat” video and participated in group activities and discussions on countering distortion and Holocaust denial led by the Cultural Affairs team.

Cultural Attaché Shawn Kobb also expressed his support for the educational work of the teachers in this field at a virtual Zoom meeting of the Professional Network of Teachers Educating with Video Aid, a network of currently 60 teachers founded in June 2021.

The network’s meetings are organized by the Zachor Foundation, the Hungarian partner of the University of South Carolina’s Shoah Foundation. The network’s teachers create video educational materials and develop tasks that students can research and work on online. Visualization of themes may lead to a better understanding of the Holocaust and students working on the tasks may become more sensitive, tolerant and open to social issues. During the online meeting on January 14, 2022, director Andrea Szonyi pitched the theme of Holocaust distortion as a next hot issue for the network to work on, and Cultural Attaché Shawn Kobb mentioned that “Holocaust Distortion: A Growing Threat” video, an excellent teaching material was created by the International Holocaust Remembrance Alliance on Holocaust distortion and that it is currently being translated into Hungarian to enable wider use in Hungary.

Are you a teacher in need of resources to teach about the Holocaust? Find lessons plans and other teaching materials HERE and HERE.

Invite an American diplomat to give a talk in a school or at a university.

On #HolocaustRemembranceDay, we honor innocent Jewish and other lives lost. We honor, too, Holocaust survivors; those who saw true evil, and whose lives were unalterably shaped by it. We must always speak up against antisemitism and hate against any and all groups. pic.twitter.com/GVxkZX5A0i