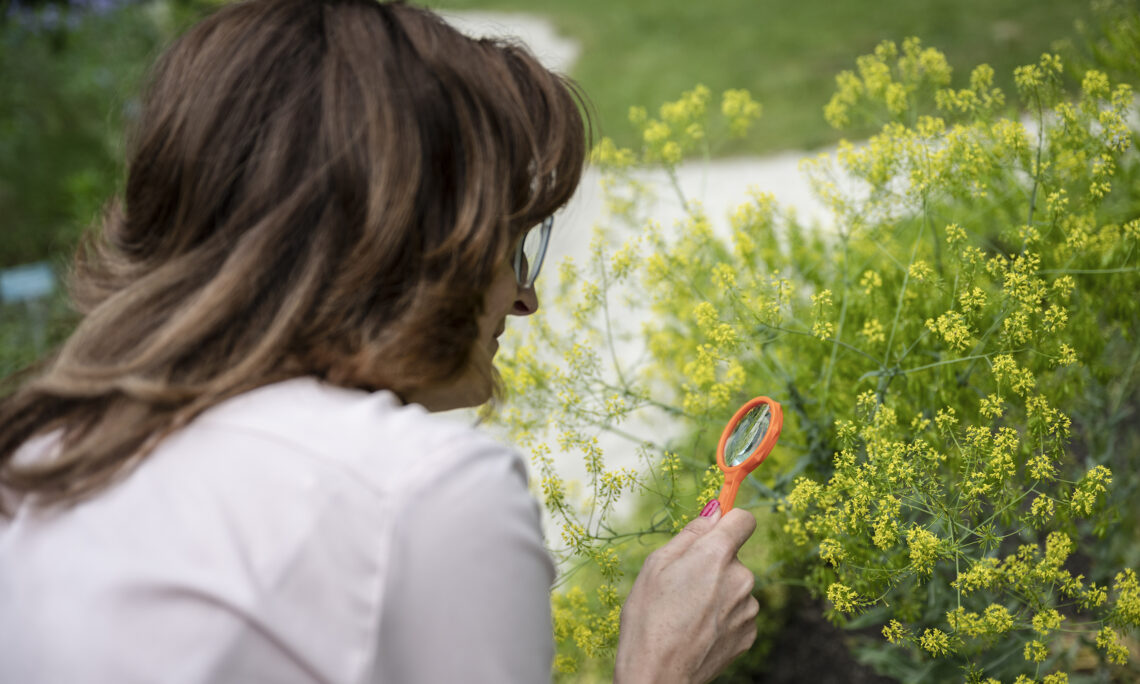 Nature conservation and biodiversity protection are ever more important with the increased global focus on climate change, and bees and other pollinators are critical to both. At the opening of the Smithsonian Gardens  Pollination Investigation at the Eotvos Lorant University (ELTE) Botanic Garden, Smithsonian Supervisory Horticulturist James Gagliardi inaugurated a dedicated educational panel exhibit. The panels tell the fascinating story of the relationship between plants and their pollinators and combine decorative visual arts with accurately presented scientific information. Alongside Marc Dillard Chargé D’Affaires, Dr. Laszlo Orloci, Director of the ELTE Botanical Garden and Dr. Gabor Eross, Deputy Mayor of the 8th District, where the botanical garden is located, Mr. Gagliardi gave a group of Hungarian high-school students a special introduction to the educational panels and then let them loose in the garden to discover these pollinators for themselves.

The Pollination Investigation is an educational panel exhibit developed by Mr. Gagliardi for the Pollinator Garden at the National Museum of Natural History in the Washington D.C. Funded by Embassy Budapest as part of an educational outreach effort by the Environment, Science, Technology and Health Hub of the U.S. Embassy in Budapest, his visit coincided with the celebration of the 250th anniversary of the ELTE Botanical Garden and, as a keynote speaker he also participated in the EUROGARD Congress, the biannual meeting of botanical gardens in Europe, where he gave a lecture on the Smithsonian Gardens. At the Laszlo Hunyadi Elementary School he met with educators and students who enthusiastically tend their campus herb, vegetable and flower garden.

The “Exhibition for All Senses” was a particular highlight for Mr. Gagliardi; this special exhibit brought to Budapest by the Hungarian Association of Arboreta and Botanic Gardens allows visitors to experience the exhibits using all their senses. Mr. Gagliardi met and talked with residents of the National Institute of the Blind, and after his presentation on pollinators, he himself heard, touched, smelled and even tasted the exhibit. Mr. Gagliardi’s visit supported the Smithsonian Gardens’ mission to touch people’s lives and educate the public through garden exhibits, a goal the U.S. Embassy is pleased to have directly supported with many enthusiastic supporters in Hungary.