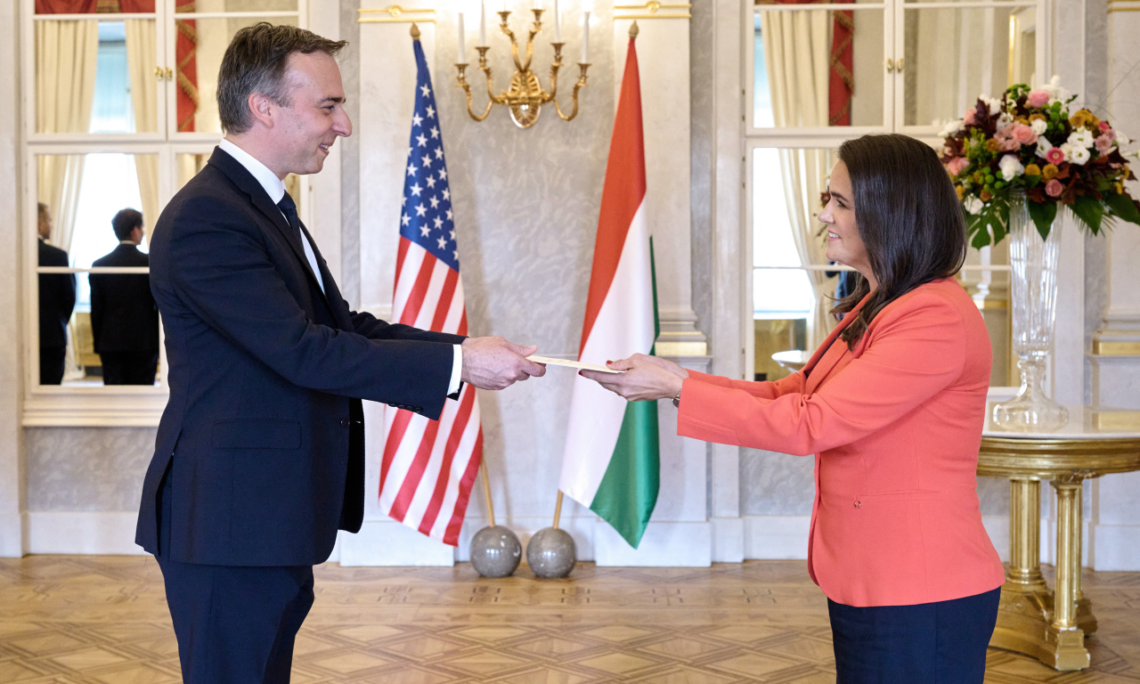 Embassy of the United States of America
Budapest, Hungary

This afternoon, Ambassador David Pressman presented his Letter of Credence to President of Hungary Katalin Novák at Sándor Palace in Budapest.  The Ambassador was accompanied by his partner Daniel Basila, their children, and Acting Deputy Chief of Mission Derek Westfall.

During their discussion in the Blue Salon, Ambassador Pressman expressed to President Novák the significance of the long-standing relationship between the United States and Hungary, particularly as European and global security are under attack a result of Russia’s unprovoked war against Ukraine.  Ambassador Pressman noted their productive conversation, saying the two discussed the need to strengthen the U.S.-Hungary relationship.  He said: “In these complicated times, with a land war in Europe, it is more important than ever for our two countries to be united in opposing Russian aggression and working together to advance regional and international security on the basis of fundamental transatlantic values.”

For additional information and media inquiries, please contact the U.S. Embassy press office at PressBDP@state.gov.  Ambassador Pressman may be followed on Twitter: @USAmbHungary.