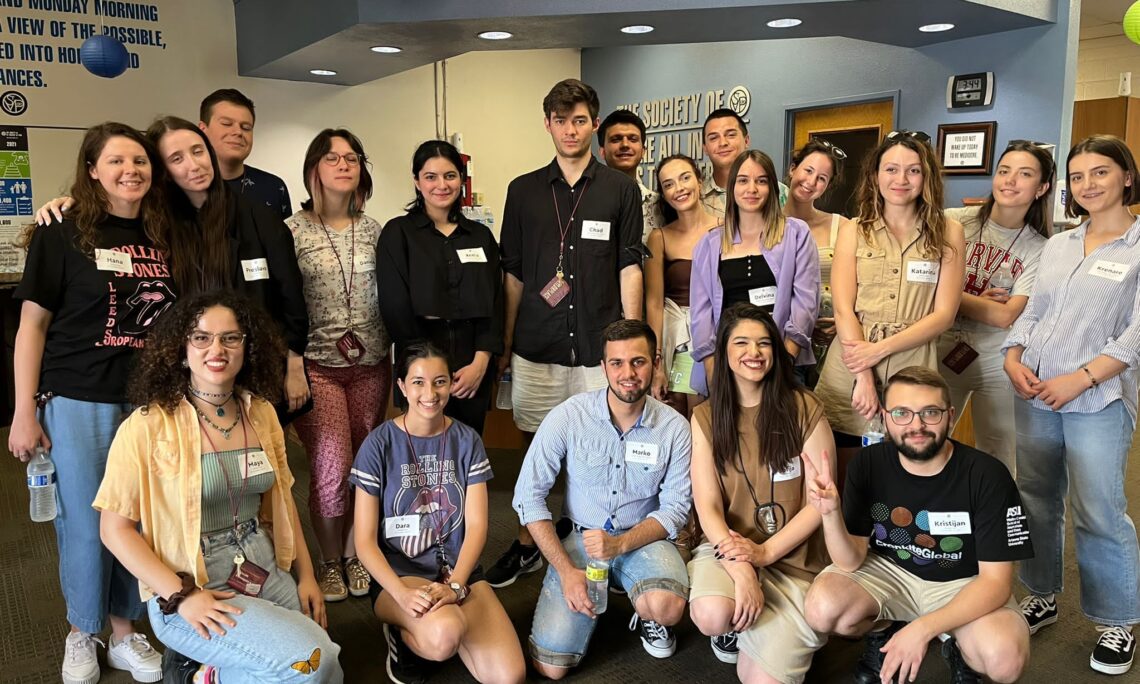 A Hungarian SUSI Fellow’s Reflection on the 2022 program.

I found an advertisement for university students about the SUSI (Study of The U.S. Institutes for Student Leaders) program on the website of the U.S. Embassy last December. I found the detailed program description really interesting so I decided to apply.

The Study of the U.S Institutes for Student Leaders – (SUSI) is a 5 week fully funded academic fellowship exchange program and study trip to the United States. The main goal of the program is to teach the participants about the American society, culture and the American institutes and develop their leadership skills, while studying at an American university about a relevant topic.

In the first round of the selection procedure all applicants had to fill in an application form, summarize all the previous experience and write a short essay. A few weeks later the participants took part in an interview. The selection procedure ended in April when the committee announced the winners. I was chosen to be in a group which had it’s main focus on media, journalism and the challenges of democracy.

We arrived in Phoenix, Arizona with the other participants at the end of June. In the first 4 weeks of the program we lived and studied on the campus of Arizona State University. Phoenix is the fifth biggest and the world’s hottest city. The weather there is extremely hot and the temperature is often above 43 C (109,4 F) therefore the streets are quite empty during daytime. However, we found the city and the university both exciting and inspiring.

In our group beside the two Hungarian participants, there were 18 other students from different European countries making the team work even more diverse. Everyone contributed to the success of the discussion on current topic with his or her personal knowledge and experience. I found that really useful because it gave me the opportunity to learn a lot about other European countries.

The participants were given several readings during the educational program. Moreover everybody had to make two projects, one was a website where the team was supposed to conduct a survey on a topic connected to the issues raised. The findings had to be presented by the team. The other Hungarian participant’s team, for example, examined the US-EU relations, in particular the cooperation of the two parties on climate protection. They chose to make a podcast interview, articles and video, too.

In the other project we had to create a Community Action Plan where everyone was supposed to make an individual project plan. In the plan the participants tried to address the problems of the home country by suggesting solutions to make the community and environment better. We can continue to work on these proposals and moreover there might be some financial aids to realize the ideas.

Of course, besides the hard work and study, we had some free time for some other experience, like travelling in the U.S.A. We managed to explore Arizona and Washington D.C., but also we were in Virginia and Maryland. We had a tour to the Sonoran Desert and visited many interesting places, like a rodeo, museums, and a baseball match. We were really lucky to participate in the 4th of July festivities. Also, they organized visits in TV studios, editorial rooms, and in a homeless organization where we volunteered. I think one of the most interesting programs was part of the course on the American Judiciary system when were admitted in the courtroom to watch a hearing and the selection procedure of the jury.

To be honest, my greatest experience was unquestionably the Grand Canyon. The breathtaking view was unforgettable. It is beyond imagination!

In the last week of the program, we traveled to Washington D.C. for a study tour. During the week-long stay we had the opportunity to visit the most famous sights of the city like the Capitol, the White House, the Lincoln Memorial and the Smithsonian Museum.  We also took part in the closing conference organized by the Meridian International Center for Cultural Diplomacy. Here we were united with the two other groups of the participants and all the projects were presented. The conference provided us with great opportunity to meet diplomats and representatives of different NGOs. They shared their valuable thoughts and experiences on the challenges of the present and the future as well as the role of the youth to overcome them.  We also participated in a simulation workshop on diplomacy where we got first-hand experience how does a negotiation and conflict management work in an international environment.

The simulation investigated the international conflict caused by water shortage due to inefficient water management of local governments. The teams had to resolve the international conflict by a role play where each participant kept in mind their different interests. It was a very useful trial for all of us because many of our skills were developed e.g. presentation skills, collaboration, patience and techniques of reasoning.

Overall, I had fantastic 5 weeks in the USA. Firstly, because now I have a much better understanding of American society and politics due to the courses and trainings. I was amazed by the well-equipped university, the professional quality of the education and the way as the whole program was organized. Secondly, not only my professional but also my personal skills improved a lot. Last, but not least, I made great friends and unforgettable experiences. Despite the fact, that the official part of the program ended in August, we, as alumni, are granted further support by the organization in future. There are plenty follow-up programs offered for us. I highly recommend this program for all university students!

I am deeply grateful for the Fulbright Commission, the U.S Department of State and the U.S Embassy in Budapest for their support!

Are you an alum of a U.S. Exchange program?