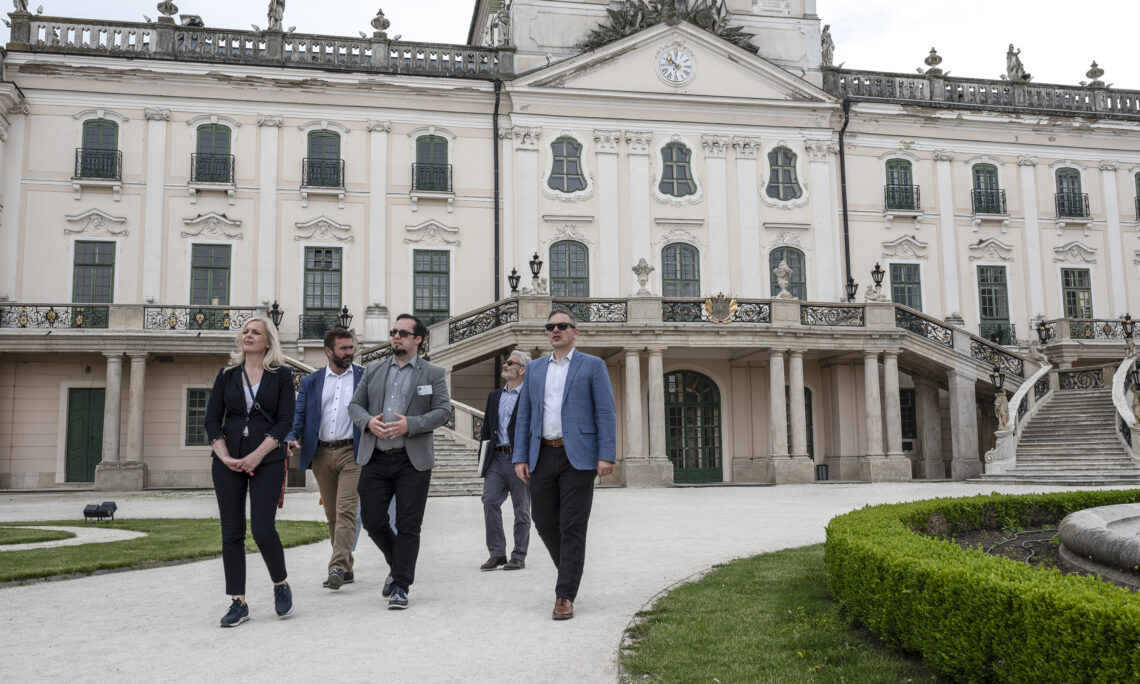 Beautiful Sopron played an outsized role in opening the door to the West in 1989 and ending the Cold War. Embassy Chargé d’Affaires Marc Dillard visited the area to meet with local leaders and educators and to experience the Sopron’s rich culture and history.

Chargé Dillard started the day at Sopron University where he met Dr. Ferenc Lakatos, Vice Rector of Sopron University for Research and International Relations. The two discussed higher education and environmental issues, including sustainable forestry which has been taught at the university for 200 years.

Next, Sopron Mayor Ciprián Farkas gave Chargé Dillard a guided tour of the site of the Pan-European Picnic site where on August 19, 1989, Hungarian and Austrian officials opened the border between the two countries allowing hundreds of East German citizens to cross into Austria, setting off a chain of events that led to the fall of the Berlin Wall later that year.

Chargé Dillard later toured the beautiful and historic Esterhazy Castle in Fertőd. He finished the day taking in the exquisite nature of Fertő-Hanság National Park on lake Fertő.