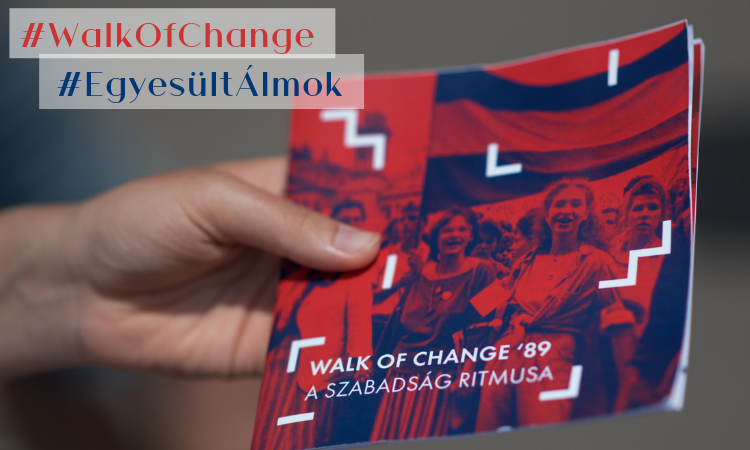 On June 5, the U.S. Embassy in Budapest launched a thematic walk designed by Imagine Budapest on how American cultural influence impacted Hungary and Hungarians under the Communist regime, and remained a symbol of freedom in the buildup to regime change in 1989.  Walk of Change ’89 – A Szabadság Ritmusa weaves Hungarian and American popular music, culture, foreign policy, and economic policy into an engaging adventure through central Budapest that will motivate us to consider what freedom means to us today as Hungarians and Americans.

The series of ten walks is open to the public, and is designed for young audiences who may not remember the day-to-day changes that took place in 1989.  The walks use a musical theme to take the participants on a historical journey, ultimately commemorating the 30th anniversary of freedom in Hungary.  “We are thrilled to sponsor a project that is open to the public, and that highlights those shared values of Hungarians and Americans–including the pursuit of freedom–that have endured history and built our indelible Transatlantic bond,” said U.S. Cultural Attaché Emma Nagy in a statement to the press.

To sign up for a free walk, register here >>