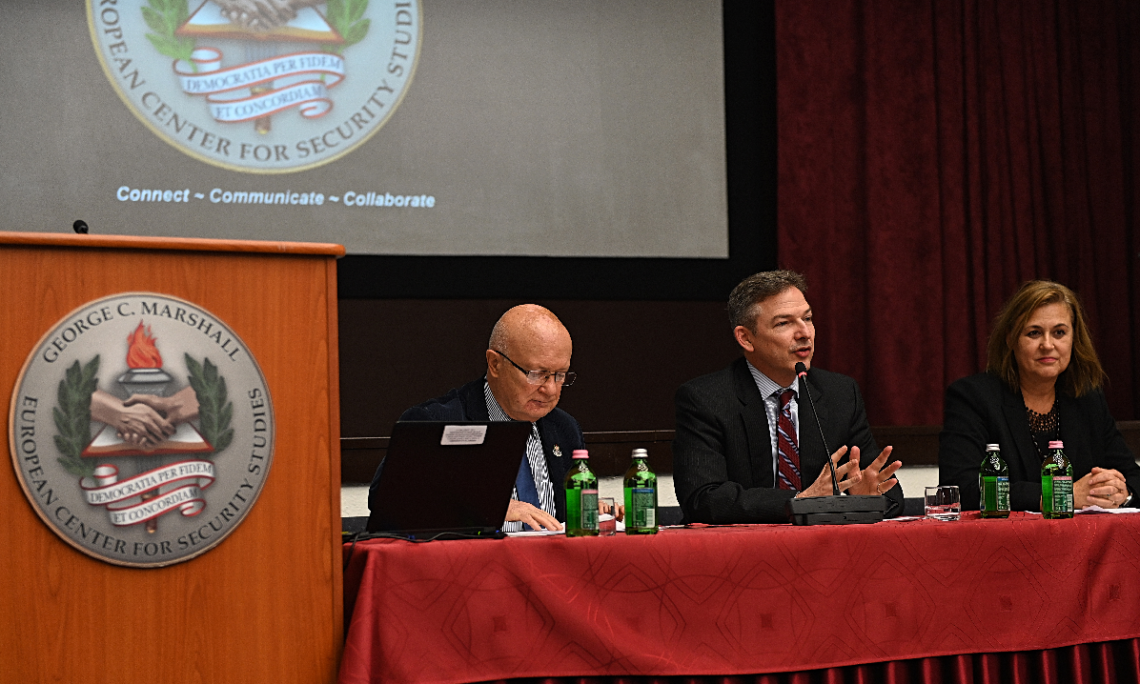 If you don’t mind, I say a few words of Marc. He is a member of the Senior Foreign Service and serves as Deputy Chief of Mission in the U.S. Embassy of Budapest since August this year. Mr. Dillard has had a variety of postings in Washington and overseas since he joined the State Department in 1998. Most recently, he was the Director of the Office of Economic Policy Analysis and Public Diplomacy in the Bureau of Economic and Business Affairs, where his team worked on strategic planning, communications, and policy issues related to the Organization for Economic Cooperation and Development.  Prior to that, Mr. Dillard was Counselor for Political and Economic Affairs at the U.S. Embassy in Sofia, Bulgaria.  His other postings include Japan, Korea, Malawi, and the Democratic Republic of the Congo, as well as service as a Watch Officer in the State Department’s Operations Center. So, he is a seasoned diplomat and the floor is his.

Thank you, thank you for that. What the introduction didn’t say is that prior to the State Department, I had a little time as an academic, and that academic time intersected with this period we’re talking about, the transition in 1989, that we are so close to this week with our 30 year anniversaries happening just 9 days ago.  So it did really struck me – as I’m looking at the news in the last couple of weeks – that Secretary Pompeo was in Berlin for the ceremonies commemorating the fall of the wall, and I had a chance to speak to someone who was on the trip with him, I spoke with his colleague just last week, and the colleague was telling me how personal that trip was for him because in 1989, Secretary Pompeo was a young army officer stationed in Germany, so he had these direct memories of what things were like, and the uncertainty, and – you know – the magnitude of the changes. And that connected with my memories as well, because I had the opportunity to spend some time in that region, he was a young army officer, I was a young scholar thinking about a diplomatic career – not that the two of us had any kind of similar career trajectory – but that time makes us all think about the issues that the Marshall Center has followed and continues to follow year in year out. Since the establishment of the Marshall Center in 1993, I understand that the focus of the institution has been on themes that were very similar to the kinds of themes that Secretary Pompeo was talking about; the importance of working together as allies and partners particularly when faced with various forms of authoritarianism , the need to secure freedom in Europe and across the world, the  needs to promote good governance. So those items are the very items that we see ourselves faced with in Europe today, with – I would say –  a resurgent Russia that is looking at inserting its  influence in Europe, and the area of the Western-Balkans in which we are concerned about things like governance, their future and their NATO and EU orientation, so I’m really happy to see all of those themes brought together tonight, and really thank the Marshall Center for putting together such an interesting program. Thank you!