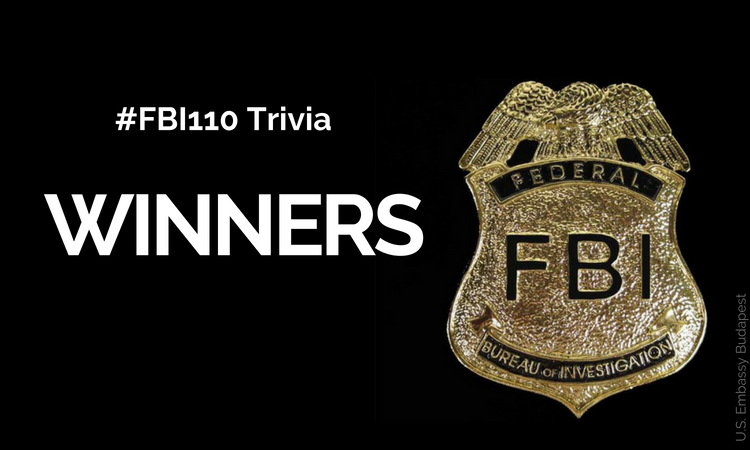 Did you get it right? Find out the correct answers to our #FBI110 Trivia questions.

Who are the winners?

Announced by the nickname provided in the form.

10 Winners of the Embassy gift bag:

5 winners of the Escape Room game:

Winners will be contacted via e-mail. Thank you for playing with us! Happy 110th birthday, FBI!