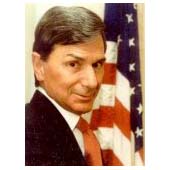 Prior to his appointment as U.S. Ambassador to Hungary, Peter Tufo was with the law firm of Milbank, Tweed, Hadley & McCloy in New York City, specializing in mergers and acquisitions and corporate finance. Until 1996 he was a Managing Director of Investment Banking at Merrill Lynch & Co. advising on domestic and international corporate financing, focusing particularly on developing nations in Asia. Prior to joining Merrill Lynch, Mr. Tufo was Senior Advisor at Lazard Freres & Co., where he specialized in mergers and acquisitions and financial advisory work. He has lived in Europe and has worked and traveled extensively in Asia since 1970. In 1994 and 1995, he was a keynote speaker at Economist magazine Asian infrastructure financing conferences in Hong Kong and Beijing.

Following graduation from the Yale Law School and Beloit College, Mr. Tufo served in the United States Marine Corps. Thereafter, he joined the New York City law firm of Davis, Polk & Wardwell as a corporate litigator. At the request of then-Mayor John Lindsay, he took a leave of absence from Davis, Polk to lead investigations into corruption in city government as chief counsel to the New York City Department of Investigation. Subsequently, he was appointed Assistant to the Mayor for federal affairs and established the City’s first office in Washington where he worked for three years with the Congress and the White House to pass major urban and civil rights legislation.

Mr. Tufo returned to the practice of law when he and John Zuccotti, his colleague from Davis, Polk, founded the firm of Tufo & Zuccotti in 1970. Over 15 years they built it into a thriving mid-size law firm which the American Lawyer has described as “one of the classiest, most successful firms in the country.” The firm specialized in complex financial and urban land use matters. The firm merged with Brown & Wood in 1986 and Mr. Tufo subsequently joined Milbank Tweed.

Mr. Tufo has intertwined his professional life with public service. In 1975, he was appointed Chairman of the New York City Board of Correction, which oversees parts of the city’s criminal justice system. He was reappointed for a second term in 1979 by Mayor Koch, serving a total of 10 years as unpaid Chairman. In recommending his appointment, the New York Times editorially praised him as “a highly qualified and experienced citizen who has strong credentials for this important post.”

In 1975, Mr. Tufo warned of an impending riot at the Rikers Island prison complex and when it occurred and hostages were taken, he and Commissioner Benjamin Malcolm crawled through tear gas into prisoner-held territory, established a truce, negotiated release of the hostages, and ended the rebellion. The New York Times editorialized, “because of the courage of these men, no lives were lost.”

Subsequently, Mr. Tufo increased the investigative and regulatory power of the Board by a public referendum amending the City charter. This enabled the Board to establish enforceable working and living standards for the 3,000 correction officers and 20,000 detainees in the city’s correction system.

Thereafter, Mr. Tufo served as on-camera host and commentator for the award-winning Metromedia television documentary series, “The Cost of Crime,” which analyzed the problems of the New York criminal justice system in seven one-hour Sunday night special programs. Two years later, following appointment to the New York City Commission on Education, Mr. Tufo received an Emmy from the American Academy of Television Arts and Sciences for his role as host and commentator in “Save our Schools,” a Metromedia television documentary series on the problems of urban public education nationwide.

He has been a director of public companies and has held numerous board positions with civic and educational institutions. He is a past President of the Yale Law School Association, and in 1987 was awarded an Honorary Doctorate of Law degree by the Graduate School of the City University in recognition of his public service.

Ambassador Peter F. Tufo concluded his service as Ambassador to Hungary on March 1, 2001.