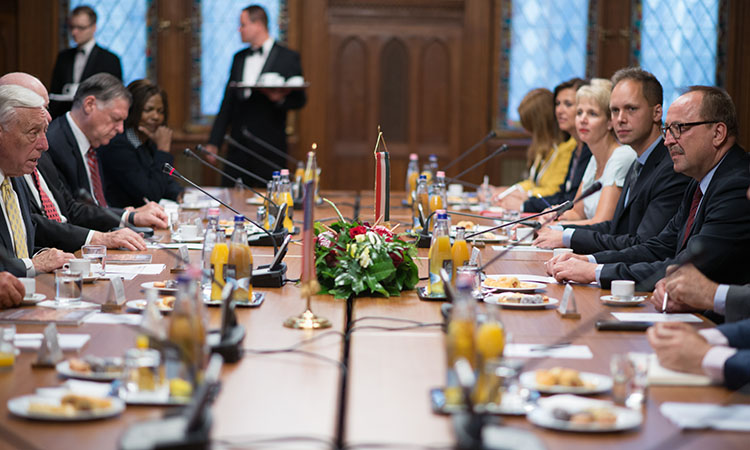 Meeting in the Hungarian Parliament (Embassy photo by Attila Németh)

Ambassador Cornstein and the U.S. Embassy welcomed a delegation of eight Members of Congress to Hungary July 1-3, 2019. The delegation, led by House Majority Leader Steny Hoyer, traveled to Budapest to examine current developments in Hungary and the U.S.-Hungary relationship, including security and defense issues, the state of the rule of law and democratic institutions, and conditions for civil society, independent media, and academic freedom.