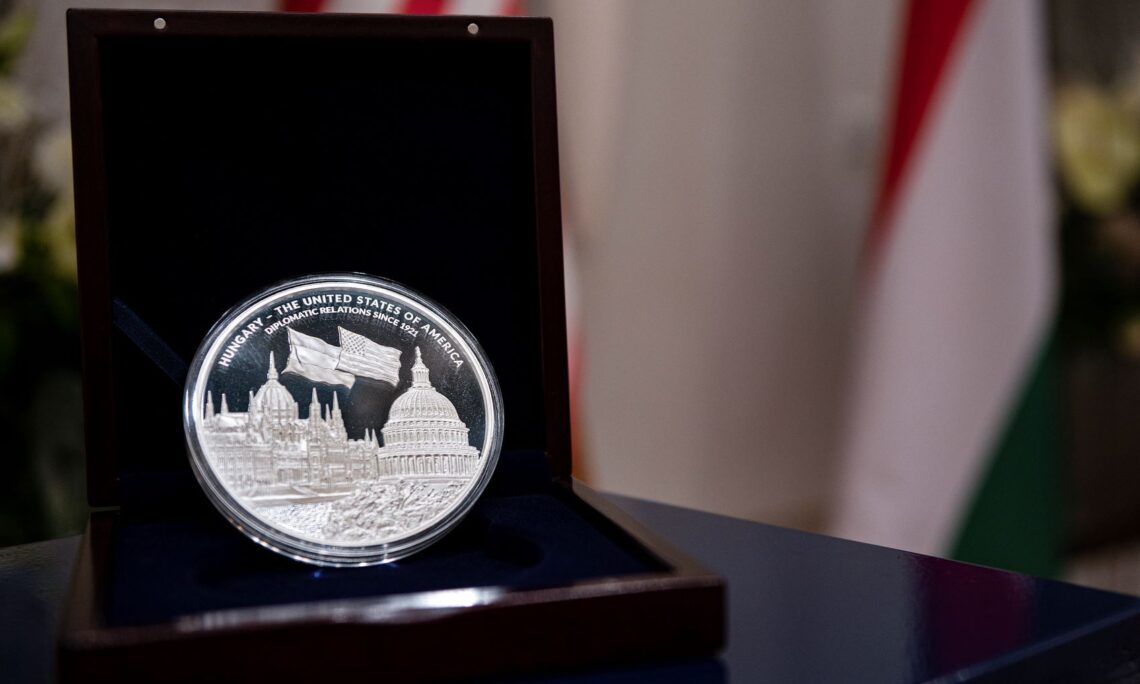 The National Bank of Hungary has minted a beautiful commemorative coin to mark the historic anniversary of 100 years of diplomatic relations between the United States and Hungary.  Chargé d’Affaires Dillard was honored to be present at the unveiling of an exemplar of the coin by National Bank Deputy Governor Patai and to commemorate the historic ties between Hungarians and Americans.