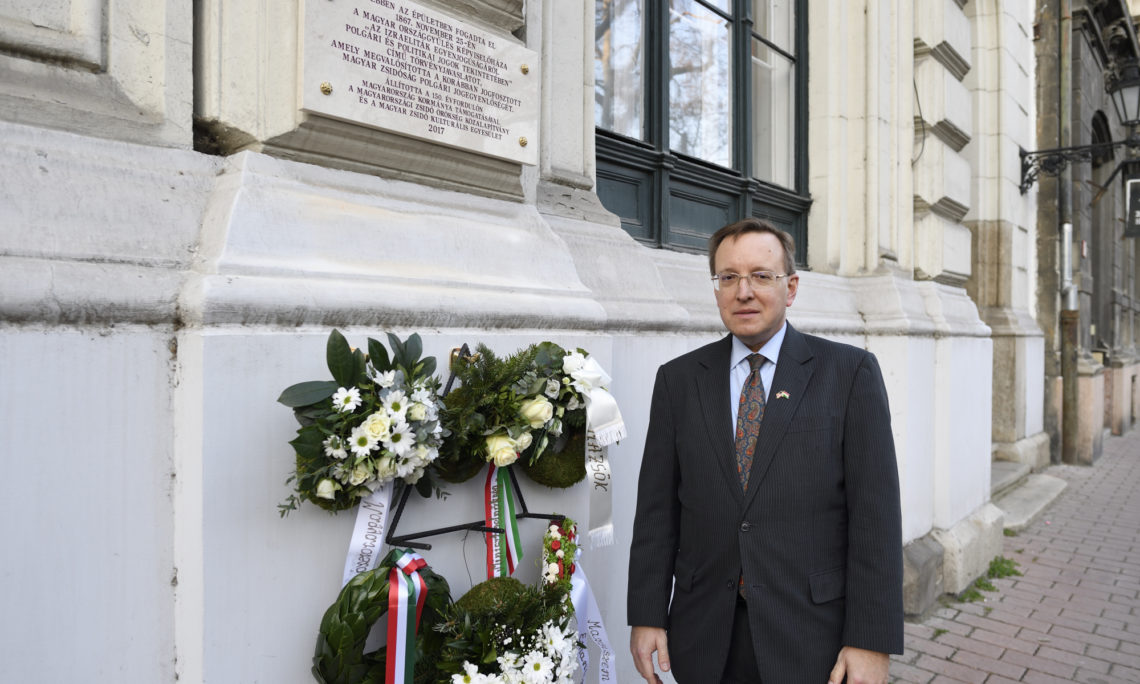 Chargé d’Affaires David Kostelancik joined leaders of the Hungarian Jewish community, Deputy State Secretary Csaba Latorcai, as well as Italian Cultural Attaché Gian Luca Borghese at the unveiling ceremony of the plaque commemorating the 150th anniversary of the Hungarian Emancipation Law.  Passed unanimously in November 1867, this law granted full citizen rights to Jewish Hungarians and was the first such law in Europe. Chargé Kostelancik laid a wreath at the plaque attached to the Institute of Italian Culture, the former home of the House of Representatives of the Hungarian National Assembly and where the Emancipation Law was passed.