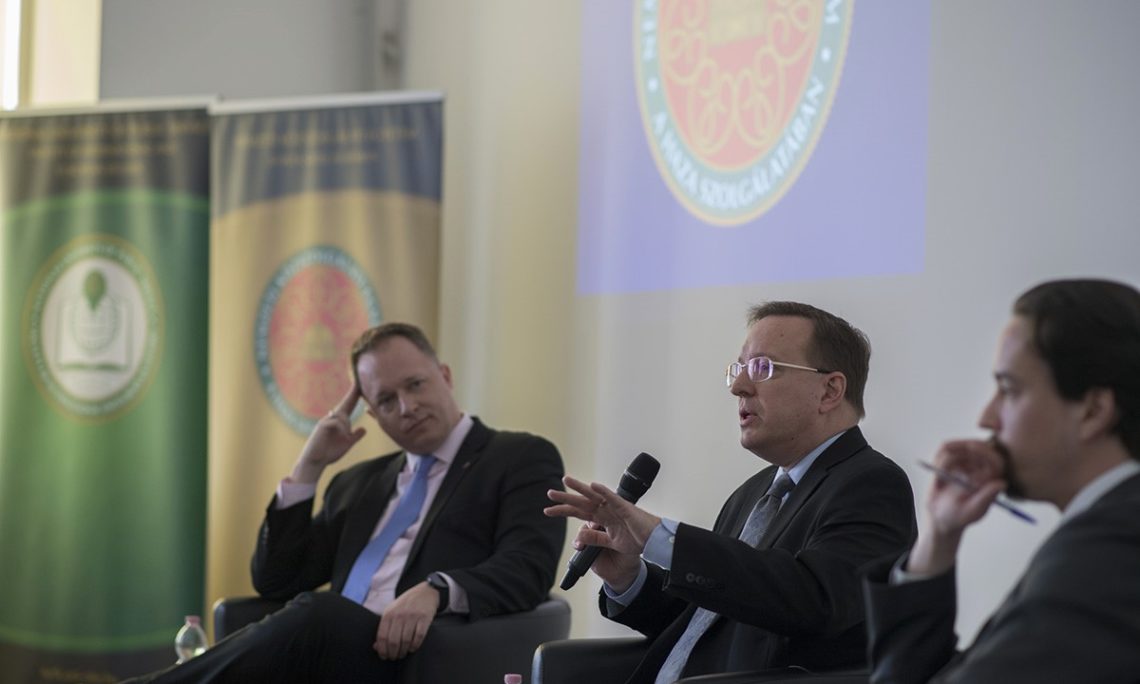 To celebrate the 20th anniversary of Hungary joining NATO, Charge d’Affaires David Kostelancik spoke to students at the National University of Public Service in Budapest about his experiences working in the U.S. delegation to NATO from 1998-2001, key years building up to and including the accession of Hungary, Czech Republic, and Poland to the Transatlantic alliance.  He was joined by Deputy State Secretary Ferenc Kumin for a lively discussion on the U.S.-Hungarian relationship, NATO’s achievements over the last 70 years, and the security challenges NATO allies face today.