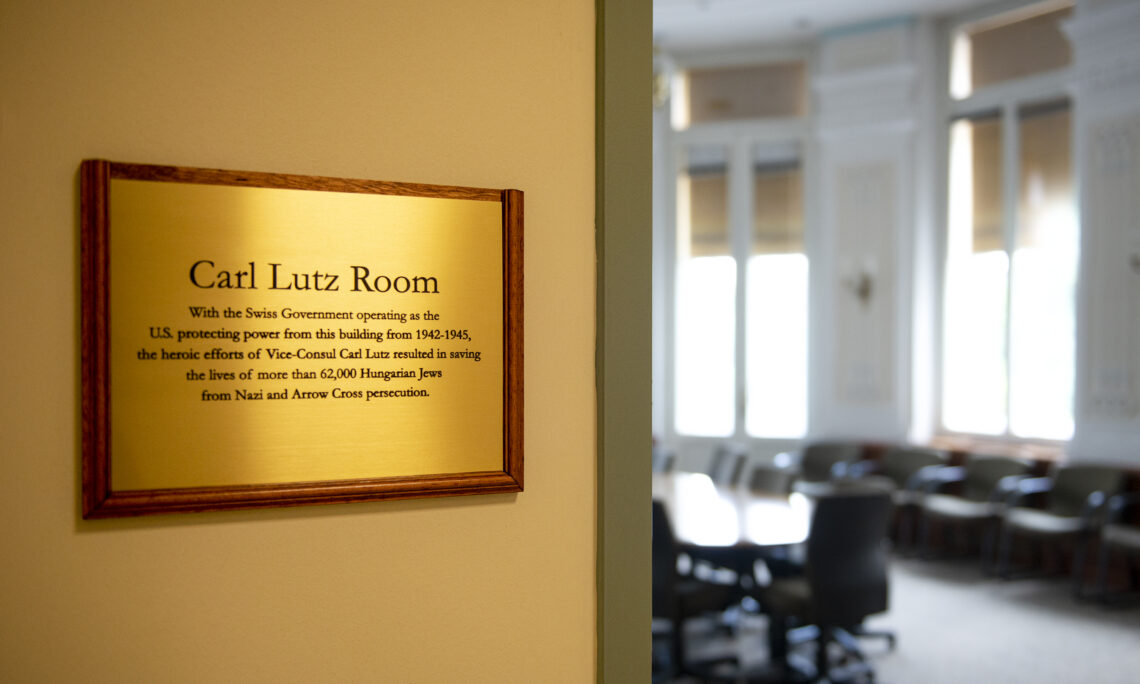 On June 10, Chargé d’Affaires Marc Dillard dedicated a room in the Chancery building of the U.S. Embassy in Budapest to the memory of Carl Lutz.  Credited with saving the lives of over 62,000 Jews, Lutz served as the Swiss Vice-Consul in Budapest from 1942 until 1945. Since the United States asked Switzerland to look after American property and interests in Hungary, Lutz operated out of the U.S. Embassy building. The room where the ceremony was held is believed to be the one he worked in during that time.  Also in attendance were Ambassador Jean-François Paroz, Ambassador Yacov Hadas-Handelsman, First Secretary Matthew Kirlew, President of the Federation of Hungarian Jewish Communities Andras Heisler, and Director of the Holocaust Memorial Center Tamas Kovacs.