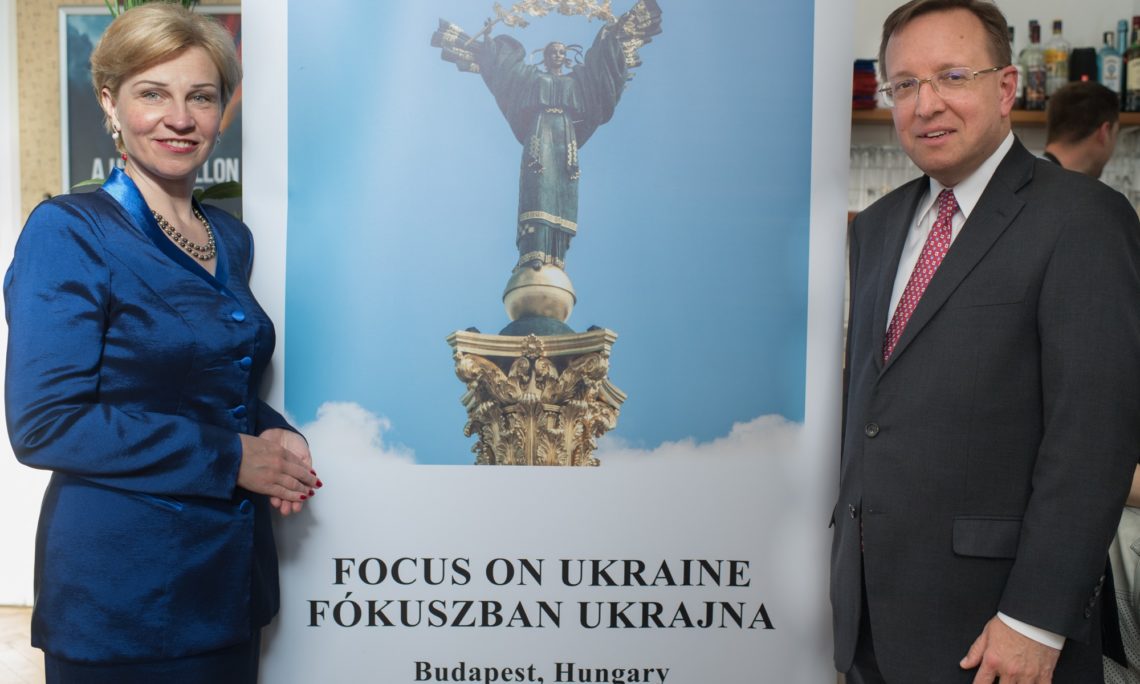 For the past five years, Ukraine has been battling Russian aggression in Crimea and the Donbas while striving to build up its democratic institutions and pursuing Euro-Atlantic integration.  Last night, the U.S. Embassy joined the Canadian, Dutch, German, and Ukrainian Embassies in Budapest to launch Focus on Ukraine 2019 with a screening of “Breaking Point: The War for Democracy in Ukraine.”  Following opening remarks from our Chargé d’Affaires David Kostelancik and Ukrainian Ambassador Liubov Nepop, a packed house watched this critically acclaimed documentary film – a joint project of American film director Mark Jonathan Harris and Ukrainian film director Oles Sanin – which shows how the Maidan Revolution and its aftermath shaped the lives of ordinary Ukrainians and the future of the nation.  Stay tuned for more #FocusOnUkraine events in the weeks to come!