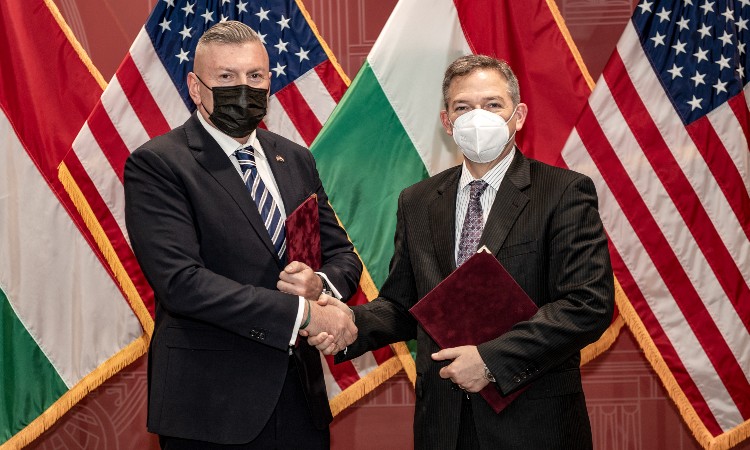 These agreements, following those signed in July 2021 designating Kecskemét and Pápa Air Force Bases as agreed facilities, are another important step to fully implementing the Defense Cooperation Agreement between the U.S. and Hungary signed in 2019. The DCA modernizes the previous status of forces agreement to reflect new realities in defense. The agreements will allow U.S. forces to access and utilize these bases in cooperation with the Hungarian Defense Force.

“This signing continues to strengthen our already robust collective defense cooperation as NATO Allies and our preparations for the 21st century security challenges we face together,” said Chargé d’Affaires Dillard. “Developing these agreements during the hundredth year of our diplomatic relationship make them all the more meaningful,” he concluded.