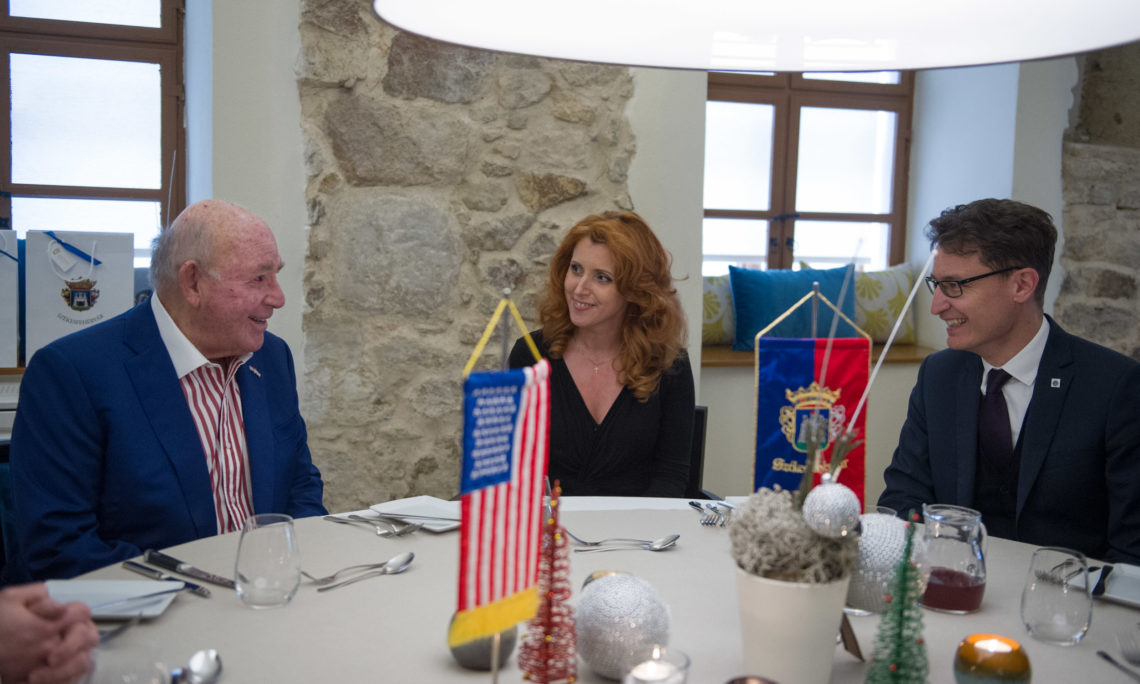 Thank you, Szekesfehervar!  Ambassador David B. Cornstein had a wonderful and informative visit to the city on December 18, 2018.

During an instructive meeting and lunch with Mayor Andras Cser-Palkovics, the Ambassador learned more about the local economy, the city’s prospects and investment plans, as well as challenges the city is facing, including its labor shortage.  The Ambassador and the Mayor also discussed the important role of Szekesfehervar within Hungary’s contribution to NATO’s operations by hosting the NATO Force Integration Unit.  They also talked about various aspects of the strong U.S.-Hungarian bilateral relationship and the important role of sports – including American football and soccer – in the local community’s life.

Ambassador Cornstein also visited Arconic-Köfém’s main European manufacturing plant for light-weight wheel production in the city.  At the plant Ambassador Cornstein was greeted and met by Arconic Hungary’s Country Manager Istvan Katus and Plant Manager Csaba Toth, who gave an overview of Arconic’s present operation and future development plans and graciously showed Ambassador Cornstein around the company’s state-of-the art facility. Thank you to everyone for organizing such an interesting program!