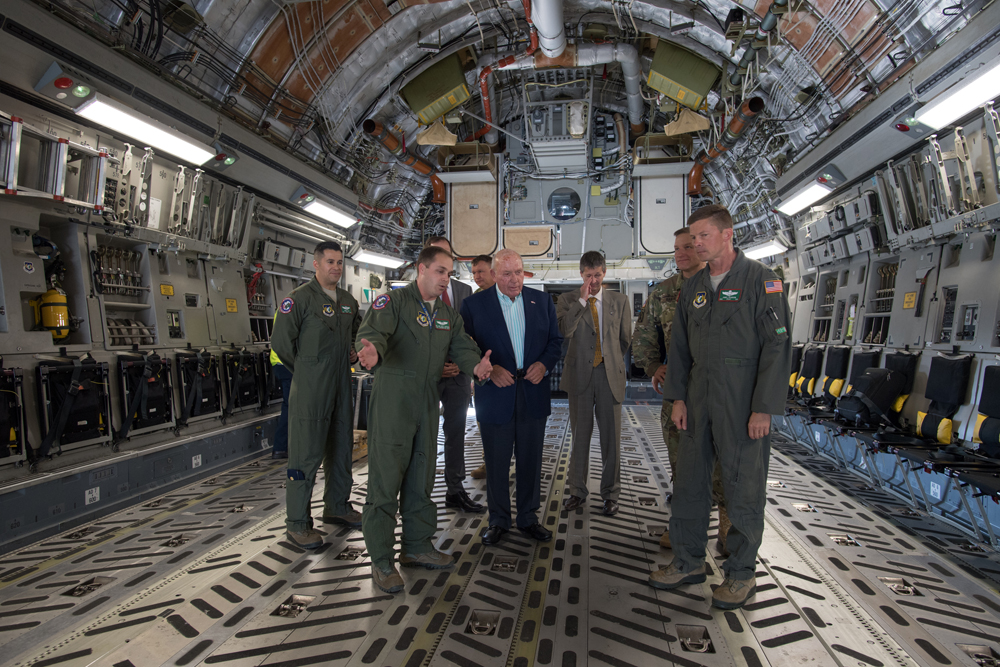 Ambassador David B. Cornstein made his first visit to Pápa Air Base – flown by the Embassy’s C-12 crew – on October 11, 2018.  Accompanied by Defense Attaché Officer Colonel Donald Baker, Ambassador Cornstein was able to appreciate and enjoy amazing views of the beautiful landscape of Hungary on the short 30 minute flight to Pápa.

The Heavy Airlift Wing has been an exceptional example of multinational cooperation and SMART Defense.  An important story to tell, according to the Ambassador.

Pápa Air Base became the home base of Strategic Airlift Capability (SAC) C-17 airlift operations in 2009.  The Strategic Airlift Capability, established in September 2008, is an independent and multinational program that provides this crucial capability to its 12 partner nations by owning and operating three Boeing C-17 Globemaster III long-range cargo jets. The SAC nations consist of NATO members Hungary, Bulgaria, Estonia, Lithuania, the Netherlands, Norway, Poland, Romania, Slovenia, and the United States and NATO Partnership for Peace (PfP) nations Finland and Sweden.  SAC C-17s are operated by Heavy Airlift Wing (HAW), which is the operational arm of the program. The wing is manned with personnel sent by the 12 SAC member nations making it the first operational multinational military airlift unit in the world.