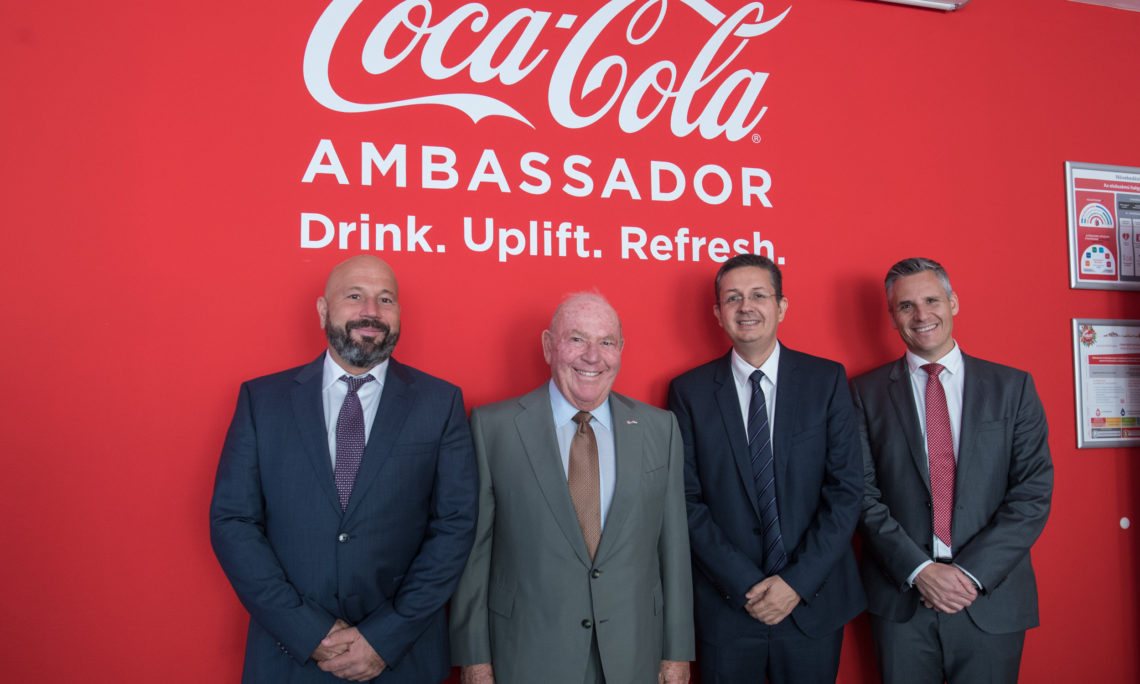 On November 16th, Ambassador David B. Cornstein visited Coca-Cola Hungary where he was greeted by its local management – Minas Agelidis Country General Manager for Coca-Cola HBC, Laszlo Niklos Country Manager Austria, and Peter Kerekes, recently appointed Country Manager Hungary.   During the informative visit and tour, Ambassador Cornstein was introduced to the local Coca-Cola production and bottling facility and the numerous brands under Coca-Cola’s Hungarian distribution operations.  Ambassador Cornstein was impressed by the size of the operations as well as the selection of Coca-Cola products available to Hungarian consumers.  Cheers, Coca-Cola!